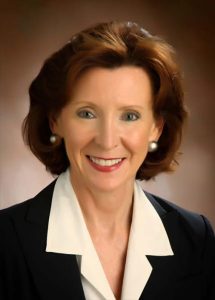 Tamara Todd Cotton, a native of Richmond, Kentucky, started her academic studies at The University of Kentucky and graduated from Spalding College in Louisville.

Ms. Cotton became a Registered Nurse in 1972 and worked as a nurse in a Surgical Intensive Care Unit, on Medical and Surgical Units and in Subspecialty Clinics including Neurosurgery, Neurology, Cardiac, Pulmonary and others. Ms. Cotton joined the US Army Reserve, Army Nurse Corp in 1973 and served 20 years in the Reserve and National Guard, earning the rank of Colonel. During her position as Chief Nurse of the 112th Medical Brigade for the mid-west region of the Army National Guard, Ms. Cotton coordinated units in several states and served as the mid-west representative to the Chief of the Army Nurse Corp for the Army National Guard. Ms Cotton was awarded the Meritorious Service Award in 1993.

Ms. Cotton graduated from the University of Louisville School of Law with a Juris Doctorate in 1980 and was admitted to practice law in Kentucky in 1980. Ms. Cotton began her practice with a Louisville law firm, became a partner and continued as a partner until she started her own firm in 1996. Providing medical-legal education and volunteering to the community is an obligation, according to Ms. Cotton. For years, she spoke to patients and families of patients who suffered severe brain and neurological injuries and illnesses at Frazier Rehab Institute. She has presented extensively on medical-legal issues to hundreds of health care professionals in Kentucky, Indiana, regionally and nationally. She has presented on legal issues to labor leaders and members as well as management on issues involving Worker’s Compensation and to Worker’s Compensation attorneys.

Ms. Cotton and the Firm were selected in The Top Tier in Best Lawyers in Worker’s Compensation by the US News and World Report for America.

If you have suffered an injury either at work or in a non-work environment, we encourage you to phone our office to discuss your right to compensation for your injuries. We welcome clients whose first language is not English. Se habla español.